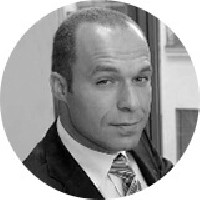 Anouar is the CEO of West Africa Rating Agency (WARA), which is the leading credit rating agency in West Africa. WARA was launched in 2012 and has become since then the main reference in credit analysis for the entire West African region and for a large part of French-speaking Africa. Anouar has been leading the organization since then, bringing to the next level.

Support Hassoune!
It's free and takes less than a minute to vote.

To vote for Hassoune, share this page URL on your LinkedIn profile first.

How do I find my LinkedIn public profile URL?