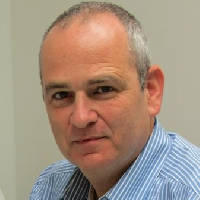 Adi’s exceptional career in the tourism industry spans over three decades, comprising airline companies and an array of positions and responsibilities within the hospitality sector. He has enriching knowledge of incoming tourism including pilgrims, Jewish communities, conventions and families. He has operated and managed large groups and is heavily experienced in production and coordination of conference such as Macula and Conference of Presidents (COP). Adi is ranked Lieutenant Colonel (reserves) and speaks Hebrew, English, and Japanese. He earned a Bachelors in Jewish History and Japanese Studies.

Support Adi!
It's free and takes less than a minute to vote.

To vote for Adi, share this page URL on your LinkedIn profile first.

How do I find my LinkedIn public profile URL?